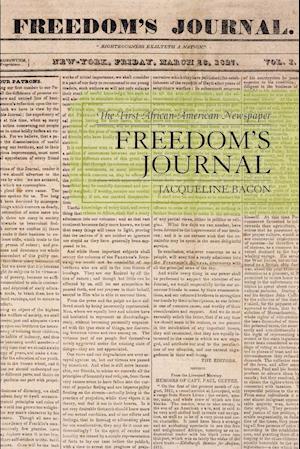 On March 16, 1827,Freedom's Journal, the first African-American newspaper, began publication in New York. Freedom's Journal was a forum edited and controlled by African Americans in which they could articulate their concerns. National in scope and distributed in several countries, the paper connected African Americans beyond the boundaries of city or region and engaged international issues from their perspective. It ceased publication after only two years, but shaped the activism of both African-American and white leaders for generations to come. A comprehensive examination of this groundbreaking periodical, Freedom's Journal: The First African-American Newspaper is a much-needed contribution to the literature. Despite its significance, it has not been investigated comprehensively. This study examines all aspects of the publication as well as extracts historical information from the content.