Freedom and Terror in the Donbas 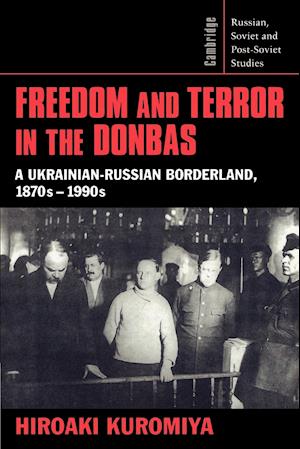 This book discusses both the freedom of the Ukrainian-Russian borderland of the Donbas and the terror it has suffered because of that freedom. In a detailed panorama the book presents the tumultuous history of this steppe frontier land from its foundation as a modern coal and steel industrial centre to the post-Soviet present. Wild and unmanageable, this haven for fugitives posed a constant political challenge to Moscow and Kiev. In the light of new information gained from years of work in previously closed Soviet archives (including the former KGB archives in the Donbas), the book presents, from a regional perspective, new interpretations of critical events in modern Ukrainian and Russian history: the Russian Revolution, the famine of 1932-3, the Great Terror, World War II, collaboration, the Holocaust, and de-Stalinization.