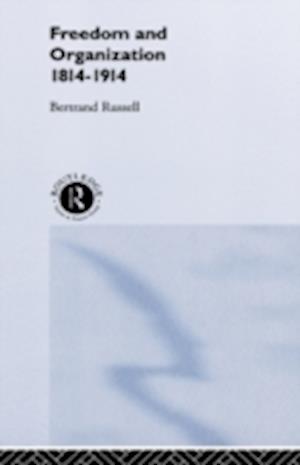 'The purpose of this book is to trace the opposition and interaction of two main causes of change in the Nineteenth century: the belief in freedom which was common to Liberals and Radicals, and the necessity for organization which arose through industrial and scientific technique.' - Bertrand Russell A revealing account by one of the twentieth century's greatest minds, charting the struggle between two determining forces in nineteenth century history: freedom and control. Russell's text sweeps from the defeat of Napoleon and the Congress of Vienna to the lead up to the First World War. It is full of lively portraits, including Malthus, Mill, Bentham and Marx. Russell examines the founding of democracy in America and the struggle with slavery, and brings to life the ideas of Jefferson, Jackson and Lincoln.