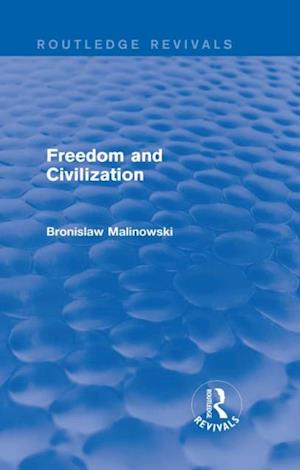 From the early days of Hitler's rise to power, Bronislaw Malinowski was an outspoken opponent of National Socialism. In response to this, Malinowski began to devote much attention to the analysis of war, from its development throughout history to its disastrous manifestations at the start of the Second World War.Freedom and Civilization, first published in 1947, is the final expression of Malinowski's basic beliefs and conclusions regarding the war, totalitarianism and the future of humanity. This book will be of interest to students of politics and history.