- A gripping racing thriller exploring greed in its deadliest form 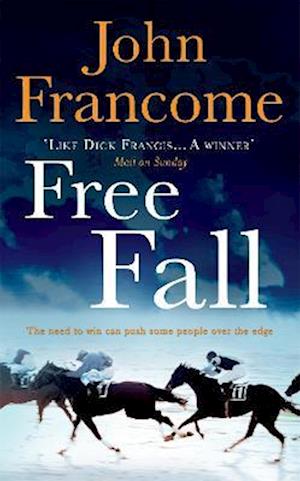 Jockey Pat Vincent has ambitions to become a wealthy sporting hero. But he knows his dreams will never be fulfilled so he's devised a brilliant new scam which, if he doesn't get caught, is guaranteed to make him rich. Pat's girlfriend Zoe is starting her second full season as an apprentice jockey. She has a chance of becoming champion apprentice, if she's not sidetracked by the disaster of her sister Harriet's unhappy marriage... Along the cliffs in Somerset a man walks his dog. Every day Andy Burns - Pat's partner-in-crime, Harriet's tortured husband - wrestles with his demons. But Andy would be better off keeping his thoughts on the ground - it's a long way down to the beach below.

Forfattere
Bibliotekernes beskrivelse How far do you have to run to escape the past?