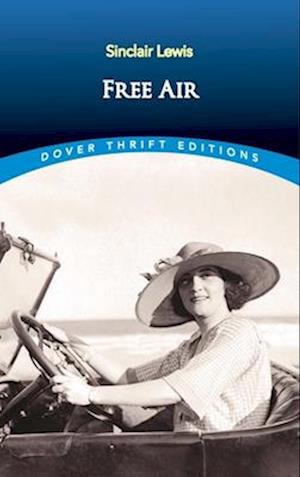 Wealthy young socialite Claire Boltwood sets out with her father on a journey from Minneapolis to Seattle in a 70-horsepower Gomez-Dep roadster, one of the finest cars of the post-World War I era. For Milt Daggett, small-town mechanic and garage owner, a glimpse of their vehicle is as exciting as a comet to an astronomer. He's even more astonished by Claire, whose elegance and self-possessed manner inspire him to join the Boltwoods in their trek. It's a long way to the Pacific Northwest, but the greatest distance to surmount will be the class divide between Claire and Milt.

One of the earliest road trip novels, Free Air first appeared in 1919, just before Sinclair Lewis became famous with the publication of Main Street. His romantic tale of adventure in the days before interstate highways recaptures the lure of the American West and the exciting new freedom of the early days of the automobile.