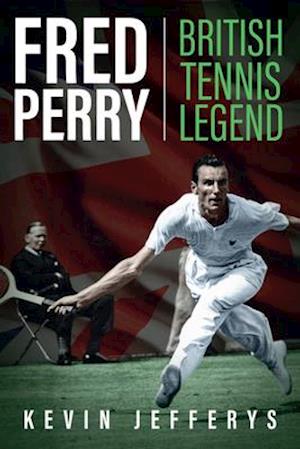 Fred Perry, three-time Wimbledon champion in the 1930s, was one of Britain's greatest sportsmen of the 20th century. His success on the hallowed Wimbledon turf went unmatched by a British man for a remarkable 77 years, until Andy Murray's triumph in 2013. Perry was the first player to hold all four Grand Slam titles, and he also played a pivotal role in Great Britain's domination of the Davis Cup in the mid-1930s. Despite his status as a global sports celebrity, Perry was criticised for his ruthless desire to win and was frequently at odds with the amateur tennis authorities of the day. In this revealing biography, award-winning historian Kevin Jefferys examines afresh the life and career of Britain's most successful tennis star. The author shows how good fortune as well as tremendous talent aided Perry's meteoric rise to the top; traces his frosty relationship with the British tennis establishment, which continued after he turned professional in 1936; and considers Perry's place among the true legends of the sport.

Forfattere
Bibliotekernes beskrivelse In this informative biography of Britain's most successful tennis player, historian Kevin Jefferys brings to life Fred Perry's strong personality and casts fresh light on why - despite his status as world number one in the 1930s - full acceptance of Perry among the British tennis authorities remained elusive until long after he retired. Includes photo section