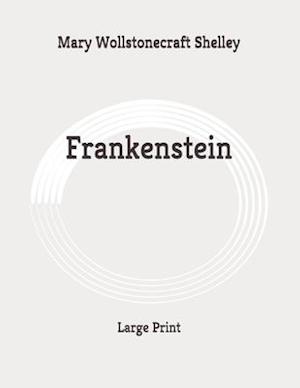 The novel Frankenstein is written in epistolary form, documenting a fictional correspondence between Captain Robert Walton and his sister, Margaret Walton Saville. Walton is a failed writer and captain who sets out to explore the North Pole and expand his scientific knowledge in hopes of achieving fame. During the voyage, the crew spots a dog sled driven by a gigantic figure. A few hours later, the crew rescues a nearly frozen and emaciated man named Victor Frankenstein. Frankenstein has been in pursuit of the gigantic man observed by Walton's crew. Frankenstein starts to recover from his exertion; he sees in Walton the same obsession that has destroyed him and recounts a story of his life's miseries to Walton as a warning. The recounted story serves as the frame for Frankenstein's narrative.