- All That's Left to Know About the Father of Invention 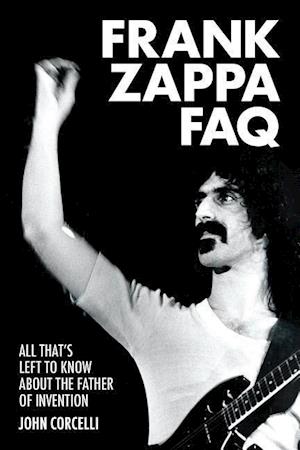 Frank Zappa. The name says so much: composer, guitarist, singer, bandleader, conductor, and exponent of Article One of the U.S. Bill of Rights.

In this volume, author John Corcelli reveals Zappa's roots as a musician, from his diverse influences to his personal life. We also learn more about his former band members and the enormous musical legacy inherited by his son, Dweezil. The book features a juried examination of Zappa's recordings and his videos. It also features a complete discography and a recommended reading list. Each chapter has a special focus on Zappa's life, with sections covering his family, his home studio--known as the Utility Muffin Research Kitchen--his keen interest in the Synclavier (a device he first used in 1980), his guitars, and more. Special attention is paid to the Mothers of Invention.

Frank Zappa FAQ is a must-have for fans new and old looking to delve into some of the best music ever made by one of the most innovative artists the world has known.