- The Story Behind the Legend (Revised) 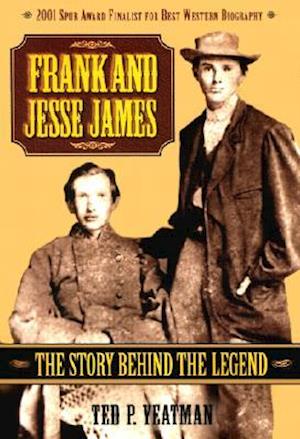 For more than twenty-five years Ted Yeatman combed through the National Archives, the Library of Congress, and numerous historical societies and private collections - including those of many James family members and Jesse's great grandson - to produce this thorough examination of the careers of Frank and Jesse James. The result is a complete account of the James brothers during the Civil War, their sixteen years of notoriety, and the lives of those who outlived Jesse. In 1866 the legend of the James brothers began with the first successful peacetime daylight bank robbery. It ended in 1882, when Jesse was killed by Bob and Charlie Ford while the three of them planned the robbery of the Platte City Bank. The fact that former gang members turned on Jesse later led Frank to surrender voluntarily to the governor of Missouri and face a trial. He was never convicted. Ted Yeatman has created a thoroughly documented narrative that will be satisfying both to readers who know little about the James brothers and those who have read everything in print about them.Also included are dozens of heretofore unpublished illustrations and photographs of the people, places, and artefacts associated with the notorious James bandits.

Forfattere
Bibliotekernes beskrivelse Yeatman has created a thorough narrative that will be satisfying to readers who know little about the James brothers and those who have read everything about them. Included are 32 pages of rare illustrations and photos of the people, places, and artifacts associated with the notorious James bandits.