- Spanish Culture and Memory Since 1936 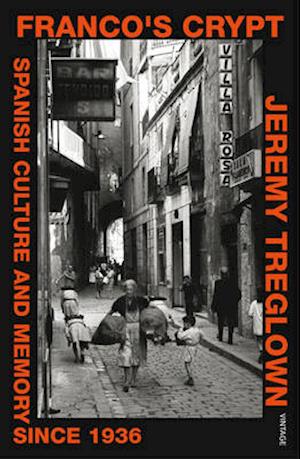 History is written by the victors. It's a cliche, but a reliable one - except in the case of the Spanish Civil War. Many believe - wrongly, as it turns out - that under Franco's dictatorship, nothing truthful or imaginatively worthwhile could be said or written or created. And this myth reinforces another: that there is a national pact to forget what really happened. In the four decades since Franco's death foreign narratives - For Whom the Bell Tolls, Casablanca, Homage to Catalonia - still have greater credibility than Spanish ones. Yet La Guerra de Espana was, as its name asserts, Spain's own war, and in recent years the country has begun to reclaim this crucial aspect of its history. In a compelling investigation of collective memory Jeremy Treglown talks to the descendants of men and women killed during the civil war and ensuing dictatorship and stands on a hillside with them as remains are excavated; he attends a Sunday service in the basilica dedicated to Franco's memory, examines monuments, paintings, novels, films, computer games and finds that despite state censorship, creativity under Franco was burgeoning and events of the time were in fact vividly recorded.In this groundbreaking and captivating new book Jeremy Treglown examines the very tenet of our cultural identity: how we remember. Franco's Crypt is a much-needed re-examination of a history we only thought we knew.