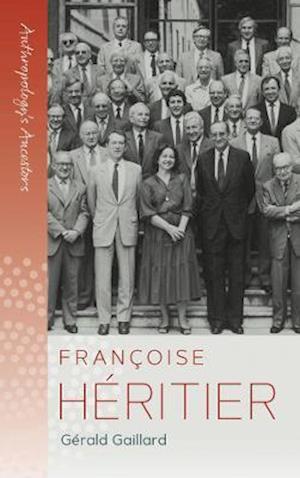 Follows the life of French anthropologist Franoise Hritier, who had a lasting impact on a generation of French anthropologists that continues to this day. A great intellectual figure, Franoise Hritier succeeded Claude Lvi-Strauss as the Chair of Anthropology at the Collge de France in 1982. She was an Africanist, author of magnificent works on the Samo population, the scientific progenitor of kinship studies, the creator of a theoretical base to feminist thought and an activist for many causes. 'I read this intellectual biography of Franoise Hritier with great pleasure. Though highly regarded in France, she is not yet well known in English-language academic circles, but she certainly should be. This book will be a revelation to many anthropologists and feminist scholars.'-Adam Kuper, London School of Economics From the Forword by Michelle Perrot: I came to know her at the National Council for HIV, that she chaired from 1989 to 1994 Her theoretical concerns were also crucial to the understanding of pandemics, but we did not then realise that HIV/AIDS was also a precursor and a warning of pandemics to come. She grasped the importance of conceptions of bodily 'humours'-blood, semen, milk-that seemed to play a role in the horrific spread of an epidemic of which we knew nothing, except that it resulted in an appalling mortality rate, particularly among young men she was a remarkable chair, concerned to share her insights into the illness and to anchor-necessary-interventions within a framework that would be respectful of human rights.