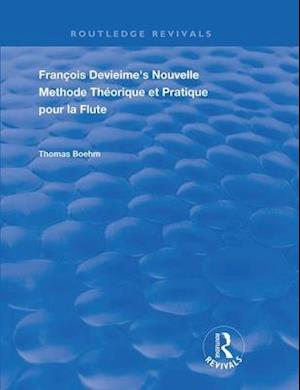 First published in 1999, this volume contains a translation of the Devienne flute method along with a facsimile of the original French text. Introduced, annotated and translated by Jane Bowers with commentary by Thomas Boehm, the treatise republished here appeared during the French revolution and was authored by an established composer, performer and teacher of chamber music, symphonies, concert symphonies and operas in Paris, as well as a distinguished performer of both the bassoon and the flute.