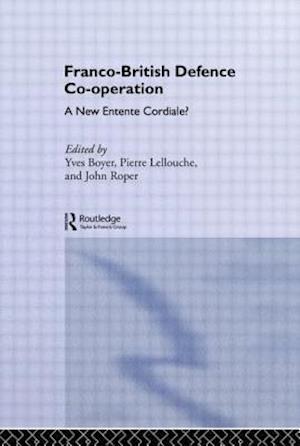 This book focuses on the prospects now opening up for Franco-British co-operation in the fields of defence and security. Looking at the situation from the viewpoints of both Britain and France, it builds on the indications of a developing awareness within the two governments of the benefits to be derived from a closer partnership. The book argues forcefully that it is now time for both Britain and France to give up their long-standing attitude of mutual indifference or even rivalry, and to recognise openly the similarities and natural affinities that exist between them. Although the ways in which defence problems are discussed in the two countries do not always coincide, the solutions proposed are often alike: in other words, Paris and London have much more in common in their approaches to defence and security questions than is generally recognised. The solutions put forward are intended not only to increase co-operation between France and Britain, but also to lead to greater political and military cohesion among all the West European allies.