- The Lives and Times of Four Captains of England 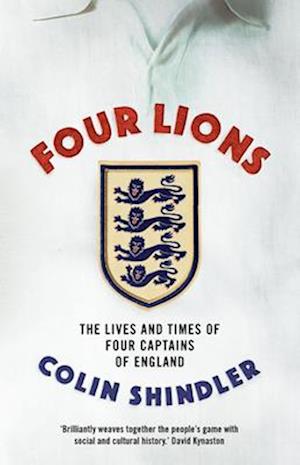 FOUR LIONS explores the changing landscape of postwar England through the careers of four iconic England football captains: Billy Wright, Bobby Moore, Gary Lineker and David Beckham. Between Wright, who fought in World War II, and Beckham, whose battles against Germany were played out on the football field, huge shifts in English society were mirrored by seismic changes to the national game as television transformed the way in which it is financed and consumed. In England, more than any other nation, the man with the captain's armband has symbolic significance: he embodies the nation. And these four lions embody half a century of change: Wright smoked a pipe and had a side parting; Moore, hero of '66, exuded the cool of his era but never found a role beyond football; the savvy, telegenic Lineker hung up his boots to become the face of BBC football; while in the tattooed body of Beckham can be read the impact of commercialisation, corporate sponsorship and the cult of celebrity.