- Friendships between Men and Women in the Early American Republic 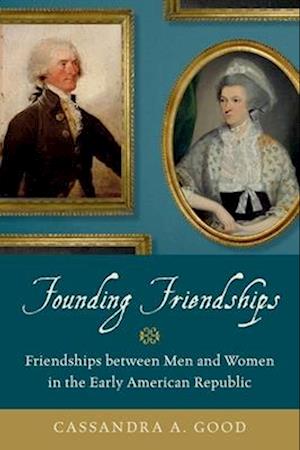 American popular culture is filled with movies, books, and articles asking whether friendships between men and women are possible. In Founding Friendships, Cassandra Good demonstrates that this is hardly a new issue; indeed, many of the nation's founding fathers had female friends.Elite men and women over two hundred years ago formed loving, politically significant friendships. Abigail Adams called her friend Thomas Jefferson "one of the choice ones on earth," while George Washington signed a letter to his friend Elizabeth Powel with the words "I am always Yours." The emotionally rich language of this period is often mistaken for romance, but this book's innovative analysis of letters, diaries, poetry, and novels in the past reveals that friendships between men andwomen were quite common. At a time when personal relationships were deeply political, these friendships embodied the core values of the new nation.Founding Friendships offers a fresh and expansive look at how America's founding generation of men and women defined and experienced friendship, love, gender, and power in the new nation.

Forfattere
Bibliotekernes beskrivelse Elite men and women in America's founding era formed friendships with one another that were vibrant, intimate, and politically significant. These relationships put women on equal footing with the founding fathers and other prominent men. 20 htsPRIZES:Winner of Winner of the Mary Jurich Nickliss Prize in U.S. Women's and/or Gender History from the Organization of American Historians.