Foundations of Grothendieck Duality for Diagrams of Schemes 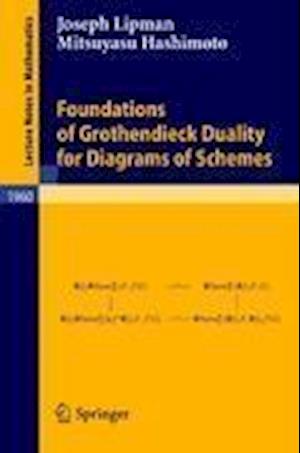 This volume contains two related, though independently written, mo- graphs. In Notes on Derived Functors and Grothendieck Duality the ?rst three chapters treat the basics of derived categories and functors, and of the rich formalism, over ringed spaces, of the derived functors, for unbounded com- ? plexes,ofthesheaffunctors?,Hom,f andf wheref isaringed-spacemap. ? Included are some enhancements, for concentrated (i.e., quasi-compact and quasi-separated) schemes, of classical results such as the projection and K.. unneth isomorphisms. The fourth chapter presents the abstract foun- tions of Grothendieck Duality-existence and tor-independent base change for the right adjoint of the derived functor Rf when f is a quasi-proper ? map of concentrated schemes, the twisted inverse image pseudofunctor for separated ?nite-type maps of noetherian schemes, re?nements for maps of ?nite tor-dimension, and a brief discussion of dualizing complexes. In Equivariant Twisted Inverses the theory is extended to the context of diagrams of schemes, and in particular, to schemes with a group-scheme action. An equivariant version of the twisted inverse-image pseudofunctor is de?ned, and equivariant versions of some of its important properties are proved, including Grothendieck duality for proper morphisms, and ?at base change. Also, equivariant dualizing complexes are dealt with. As an appli- tion,ageneralizedversionofWatanabe'stheoremontheGorensteinproperty of rings of invariants is proved. More detailed overviews are given in the respective Introductions.