- A Framework for Competition and Cooperation

indgår i serie Routledge Giappichelli Studies in Business and Management 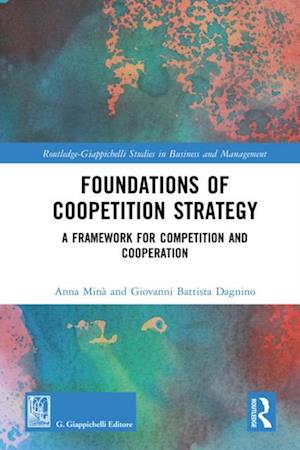 This book disentangles the foundations of coopetition (i.e., concurrent competition and cooperation) by exploring in-depth the intellectual legacy of Eastern and Western perspectives. In particular, it detects the foundations of coopetition in three Chinese streams of thought; Confucianism, Taoism, and Legalism, and in five Western schools of thought; David Hume, Adam Smith, Immanuel Kant, Georg Wilhelm Frederich Hegel and Soren Kierkegaard. In such a way, it unveils four logics used to tackle the essence of coopetition, respectively either/or, both/and, both/or, and either/and.The key objectives of the book are: firstly, to adopt a paradoxical lens to investigate the foundations of coopetition strategy. Secondly, to offer an interpretive framework that detects the different forms, tactics and patterns of coopetition. Thirdly, to discuss the implications of the framework proposed for other paradoxical strategies and to distil a bouquet of managerial implications. In such a way, the volume combines existing foundational perspectives with a contemporary interpretation of the coopetition phenomenon, thereby offering a valuable understanding of the current business and management world.The guiding principles of the book enable readers to extricate the dichotomy between the phenomenon of coopetition and coopetitive strategy, appraise the rationale for distinguishing between deliberate (planned) coopetition strategy and emergent (unplanned, but conscious) coopetition strategy, and understand how to deal with coopetition tensions.