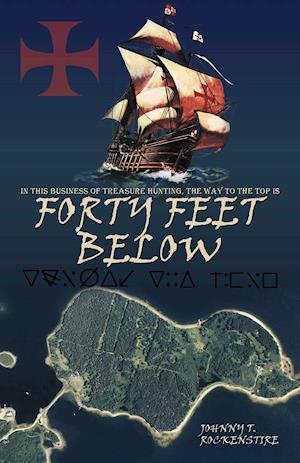 A former British intelligence agent and his group of young treasure hunters are in the business of rare artifact acquisition and have crisscrossed the globe to uncover more than any other team. Now, after a devastating series of events, the group embarks on a new journey to uncover the facts behind the greatest exploration in history.

Just as the Columbus Day parade in Philadelphia becomes the scene of a massive terrorist attack that kills innocent civilians, a burned effigy of Christopher Columbus is discovered with a chilling message for the future. Days later, the leader of a Christian organization and his family are brutally murdered in their car. All across the attacks, a single symbol is appearing over and over-the blood red cross of the legendary Knights Templar.

Theodore Chamberlin and his students are determined to discover what Christopher Columbus has in common with an exterminated order of Christian knights. As they depart on a pilgrimage that takes them from Italy to the Caribbean to an island off the coast of Nova Scotia, an army of desperate individuals seeks to prevent the truth from rising to the surface-a truth buried in the legendary Money Pit of Oak Island.