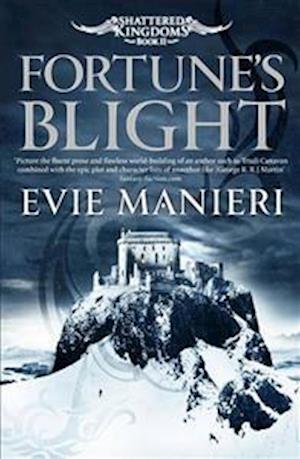 'Inventive . . . absorbing and rewarding' - KirkusThe rebellion is over. But their trials have just begun . . .Victory for the Shadari rebels has come at a terrible price. Hardship, superstition and a murderous cabal poison King Daryan's young regime, but help is nowhere to be found: the mercenary who led their rebellion has vanished, their Nomas allies have troubles of their own, and the Norlanders who returned home to plead - or fight - for the Shadari's independence have found themselves embroiled in the court politics of an empire about to implode. As the foundations of the two far-flung countries begin to crack, an enigmatic figure watches from a tower room in Ravindal Castle. She is old, and a prisoner, but her reach is long, and her patience is about to be rewarded . . .'I loved these characters, even though I knew it was going to hurt. Heart-wrenching. Poignant. Lovely' - Brandon Sanderson on Blood's Pride

Forfattere
Bibliotekernes beskrivelse The Shadari rebellion against their Norlander conquerors is over, but their trials are only just beginning.