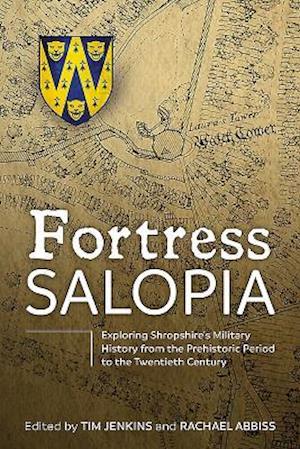 Fortress Salopia is the culmination of contributions from heritage and historic professionals, practising archaeologists and academic historians that explores the unique military past of the county of Shropshire from the prehistoric period to the twentieth century. Shropshire is one of the most characteristic counties of the Welsh Marches and occupied a strategic position between England and Wales. Consequently, the county boasts the highest numbers of Iron Age hillforts in England and the greatest density of Motte & Bailey castles. The archaeological remains that adorn the landscape are a prescient reminder that Shropshire was once a frontier battleground, although such reminders are often lost amongst the picturesque rural landscape that prevails today. However, Shropshire's military significance is not just confined to the prehistoric and medieval periods. Throughout the last 400 years the county has maintained military associations and became a major centre of training and supply during both World Wars. Comprising seven chapters Fortress Salopia explores a range of phenomenon throughout the past two thousand years. Andy Wigley contextualises the origins of hillforts and their social context within the evolution of the wider landscapes around them. Roger White focuses on the inter-relationship between the Roman Army and the native peoples in Shropshire and on the legacy of urbanisation and Romanisation in Wroxeter. Paul Belford examines the significance of Offa's Dyke, the western boundary of the Kingdom of Mercia, large parts of which survive in Shropshire. Rachael Abbiss considers the changing military landscape during the Georgian period including preparations for war, socio-economic developments and the creation of new military structures. Tim Jenkins reflects on the contribution of the county to the training and supply demands imposed during the two world wars and later twentieth century conflict. This includes the development of military installations and their significance as archaeological remains in the twenty-first century. Ruth R. Brown and Kay Smith highlight the significance of the arms and armour collections in Shropshire museums focusing on two rare shields known as Wrexham bucklers. James Pardoe deliberates upon the interpretation of our military heritage through the medium of regimental museums and considers their sustainability in an increasingly changing socio-economic climate. In conclusion, Fortress Salopia is a unique miscellany of Shropshire's military heritage and a fascinating insight into the antiquity of one of England's most rural shires.

Forfattere
Bibliotekernes beskrivelse The military history of Shropshire from the prehistoric period to the 20th century, with close examination of the historic environment and landscape. 28 photos, 6 maps, 3 line drawings/plans, 1 archaeological survey plan