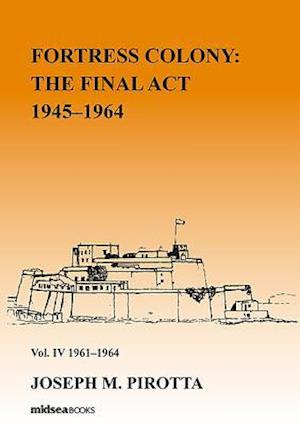 The book describes and analyzes the complicated power game played by party, church and trade union leaders under the watchful eye of the imperial power. The author reveals much of what went on behind the scenes as the efforts of the Maltese to economically rehabilitate the Maltese islands and to fulfil deep-rooted aspirations to be masters of their own home, inevitably clashed with Britain's concept of Malta as a strategic fortress colony. The author complements the voluminous official Maltese and British documents that he examined with documents from private archives. He has also interviewed a number of key personalities who were closely connected at various levels with the events of the last twenty years of Malta's colonial history.