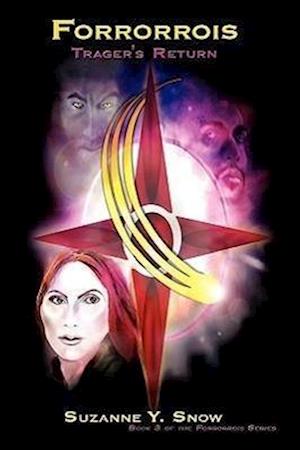 When the Dramudam defense codes are compromised by the Utahar, Subcommander Trager must return to Forrorrois' covert base to upgrade the defense grid that protects Earth, completely unaware that Commander Collinar has already arrived, plotting to ensnare Earth in his vendetta against both the Dramudam and Forrorrois. Upon Trager's arrival, the forbidden passion between him and Forrorrois quickly reignites, but Collinar's personal feud with Forrorrois explodes into a game of cat and mouse, throwing Trager into the crossfire. Now, Forrorrois must fight to protect both her world and Trager without exposing her true identity as Danica Jolan to General Caldwell of the U.S. Air Force. If she's discovered, her family and USAF Colonel Jack Stern, her confidant, will be in grave danger. Her only chance is to delay Collinar from striking a trade agreement with a clandestine organization on Earth, which would provide Collinar a loophole in the Isolation Treaty of Nonspacefaring Worlds, and give the Dramudam time to send reinforcements. It's a race against time, with Forrorrois' heart hanging in the balance.