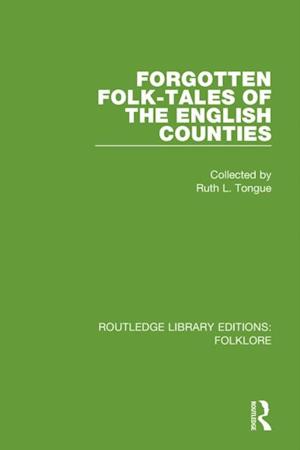 In this book, first published in 1970, Ruth L. Tongue has collected a number of county folk tales recorded by her from childhood onwards, from old people, village children and farm round-the-fire sessions. Many of the beliefs embodied in the gipsy and witchcraft tales are still in practice today among the travelling people and locally 'gifted' healers. The tales reveal a good deal of fairy lore, some tree lore, including ghostly trees like Crooker, and the 'uncanny' Black Dog makes his appearance in more than one tale. The collection includes several of the long fireside tales which would be told on succeeding evenings on winter nights round the kitchen fire, and rhozzums from various localities.