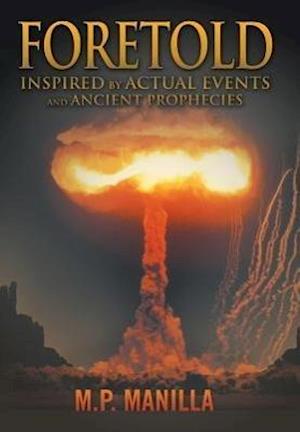 A terrorist plot to blow up the government's high-level nuclear waste repository at Yucca Mountain, Nevada, threatens to fulfill a Hopi prophecy that this world will be destroyed by poison rain.

Only the rebellious daughter of a Hopi clan leader, the maverick U.S. Army officer she once loved and lost, and a shaman with supernatural powers, challenge the threatened disaster and join forces to save America from being buried under a massive cloud of radioactive fallout-the poison rain in the Hopi prophecy.

But first they must unravel the mysteries of Yucca Mountain as well as the terrorist's identity, while the shaman seeks salvation on a vision quest and enlists the spirit world to help them in their dangerous journey.

FORETOLD is the timely story of the fight to stop a fanatical terrorist from creating an explosion on American soil 10,000 times more deadly than Chernobyl-a very real danger that faces America today.

And woven throughout the twists and turns, setbacks and suspense of this adventure is the mystical culture of the oldest people to inhabit this continent, who believe The Creator appointed them guardians of the world's safety and gave them knowledge of the future to help them fulfill their destiny.