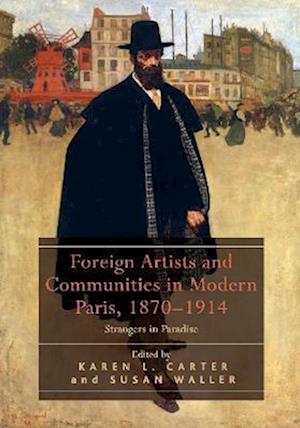 Foreign Artists and Communities in Modern Paris, 1870-1914 examines Paris as a center of international culture that attracted artists from Western and Eastern Europe, Asia and the Americas during a period of burgeoning global immigration. Sixteen essays by a group of emerging and established international scholars - including several whose work has not been previously published in English - address the experiences of foreign exiles, immigrants, students and expatriates. They explore the formal and informal structures that permitted foreign artists to forge connections within and across national communities and in some cases fashion new, transnational identities in the City of Light. Considering Paris from an innovative global perspective, the book situates both important modern artists - such as Edvard Munch, Sonia Delaunay-Terk, Marc Chagall and Gino Severini - and lesser-known American, Czech, Italian, Polish, Welsh, Russian, Japanese, Catalan, and Hungarian painters, sculptors, writers, dancers, and illustrators within the larger trends of international mobility and cultural exchange. Broadly appealing to historians of modern art and history, the essays in this volume characterize Paris as a thriving transnational arts community in which the interactions between diverse cultures, peoples and traditions contributed to the development of a hybrid and multivalent modern art.