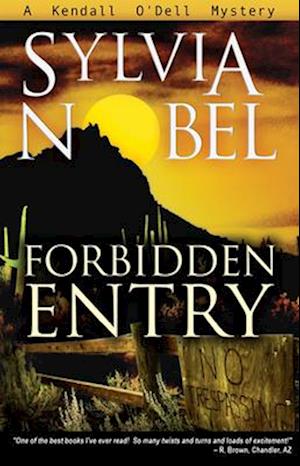 Spirited, flame-haired reporter Kendall O'Dell's plans to spend her vacation sightseeing with her family go up in smoke after the bodies of a young couple are discovered inside their camper on a closed Forest Service road high the snow-covered Bradshaw Mountains of Arizona. Evidence at the scene suggests an unfortunate accident, but then comes the shocking news that one of the victims is the cousin of her best friend, Ginger King. When Kendall is informed about a tragic event in the young woman's background and discovers that there have been two other questionable deaths in the same area, she becomes suspicious and decides to follow up herself. Her investigation leads her to the hidden community of Raven Creek, populated by a host of shadowy characters, and she puts her life on the line to uncover the dangerous and startling secret.