For You Are a Kenyan Child 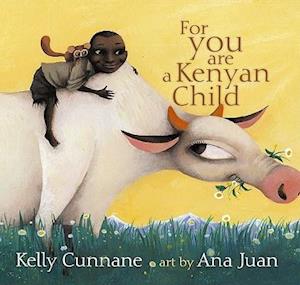 Imagine you live in a small Kenyan village, where the sun rises over tall trees filled with doves. You wake to the sound of a rooster's crow, instead of an alarm clock and the school bus. Your afternoon snack is a tasty bug plucked from the sky, instead of an apple. And rather than kicking a soccer ball across a field, you kick a homemade ball of rags down a dusty road. But despite this, things aren't that different for a Kenyan child than they would be for an American kid, are they? With so much going on around you, it's just as easy to forget what your mama asked you to do

Forfattere
Bibliotekernes beskrivelse Simply written and set in a small, modern-day Kenyan village, this read-aloud is sprinkled with Kiswahili words and explanations of African customs as it describes the daily life of a Kenyan child. Full color.