For the Sake of Peace

indgår i serie Peace and Security in the 21st Century 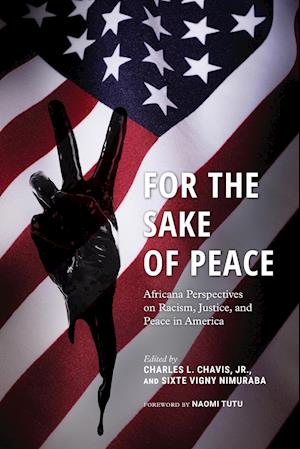 This book examines racism and injustice in the United States through the eyes of those of African descent. Historically America has promoted itself as the moral police promoting democracy across the globe, offering her perspectives and ideas to combat poverty, and racial and ethnic violence. In the age of President Donald J. Trump, there has been a resurgence of racial and political violence in the United States, specifically as it relates to the treatment of ethnic minorities. The rise of overt political racism and intolerance has made visible, for a global audience for the first time since the Civil Rights Movement, the deeply rooted systems of discrimination and identity-based conflicts in the United States, that gives rise to structural and direct violence. African Americans, like other minorities, find themselves in a unique position in this age as new forms of race lynching continue to go unchecked; voting rights continue to be suppressed; prisons continue to serve as a mechanism for disenfranchising minorities and the poor, (with more minorities being imprisoned in America than in South Africa at the height of Apartheid); and systems of structural violence continue to persist. As the mantra- "Make America Great Again," a racist dog whistle, calls up memories of a "Great" time where white Americans felt more secure socially and politically.In this post-truth society, discussions of racial equality and identity politics often shape the news and agendas in the United States. While many works examine the ways in which Americans examine the social, economic and political struggles that African Americans face, no current work specifically considers the peace-centered perspectives of marginalized voices on these struggles, from throughout the African Diaspora.