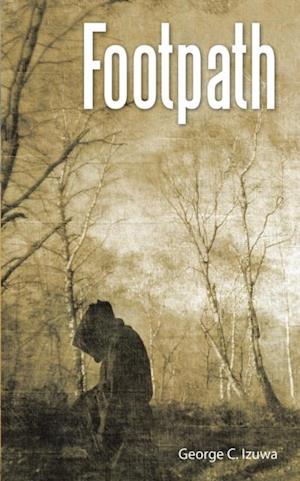 Footpath is a collection of stories. A fusion of fiction and non-fiction, it is an attempt to use stories to tell a story, the story of life, the Footpath to life. The book tends to suggest that death is not an end in itself but the beginning of a new life. This means that failure is the beginning of success. Chisom is a young Nigerian determined to succeed. He refused to be weighed down by the family's lean resources. Despite the relative poverty, he managed to acquire tertiary education. On graduation from the University, he was faced with challenges in his home country. To escape the difficulties, he made attempts to travel overseas. In his efforts to go to the Caribbean, he encountered worse conditions that nearly claimed his life. The ugly experience put him in a deep reflection which made him to realize that there is life in death, the life that determines life after death. The Footpath is a new method in story- telling. It's exciting. -Ezinwanyi Ray OnwunnaFootpath by George Izuwa is exceptional in approach. There are many things to learn from it. -Chimezie Nwanosike. I am proud to be associated with the Footpath. -Godson Izuwa. I absolutely loved this book! It had me laughing and encouraged. I can't wait for my friends to read it. -Afolabi Oluwatoyin Esther.