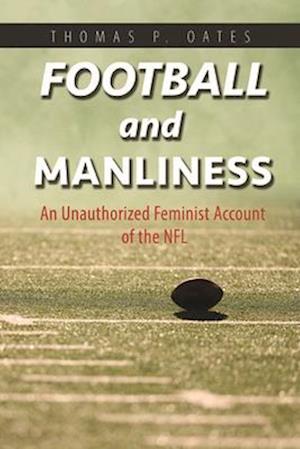 Women, African Americans, and gays have recently upended US culture with demands for inclusion and respect, while economic changes have transformed work and daily life for millions of Americans. The national obsession with the National Football League provides a window on this dynamic period of change, reshaping ideas about manliness to respond to new urgencies on and beyond the gridiron. Thomas P. Oates uses feminist theory to break down the dynamic cultural politics shaping, and shaped by, today's NFL. As he shows, the league's wildly popular product provides an arena for media producers to work out and recalibrate the anxieties, contradictions, and challenges that characterize contemporary masculinity. Oates draws from a range of pop culture narratives to map the complex set of theories about gender and race and to reveal a league and fan base in flux. Though longing for a past dominated by white masculinity, the mediated NFL also subtly aligns with a new economic reality that demands it cope with the shifting relations of gender, race, sexuality, and class. Indeed, pro football crafts new meanings of each by its canny mobilization of historic ideological processes.