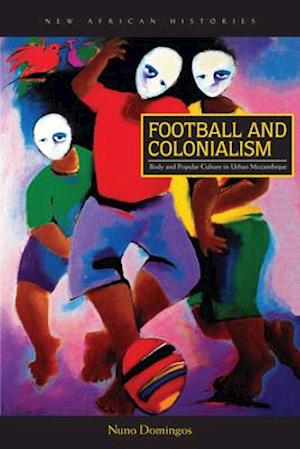 In articles for the newspaper O Brado Africano in the mid-1950s, poet and journalist Jose Craveirinha described the ways in which the Mozambican football players in the suburbs of Lourenco Marques (now Maputo) adapted the European sport to their own expressive ends. Through gesture, footwork, and patois, they used what Craveirinha termed "malice"-or cunning-to negotiate their places in the colonial state. "These manifestations demand a vast study," Craveirinha wrote, "which would lead to a greater knowledge of the black man, of his problems, of his clashes with European civilization, in short, to a thorough treatise of useful and instructive ethnography."In Football and Colonialism, Nuno Domingos accomplishes that study. Ambitious and meticulously researched, the work draws upon an array of primary sources, including newspapers, national archives, poetry and songs, and interviews with former footballers. Domingos shows how local performances and popular culture practices became sites of an embodied history of Mozambique. The work will break new ground for scholars of African history and politics, urban studies, popular culture, and gendered forms of domination and resistance.