Food and the Novel in Nineteenth-Century America

indgår i serie Altamira Studies in Food and Gastronomy 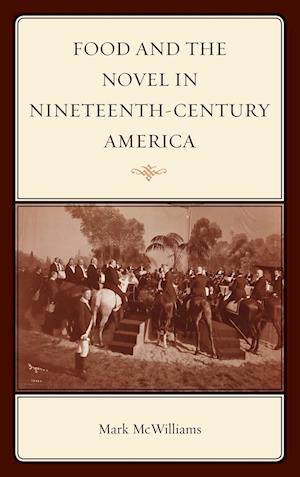 Food and the Novel in Nineteenth-Century America revolves around the 1840 presidential election when, according to campaign slogans, candidates were what they ate. Skillfully deploying the rhetoric of republican simplicity-the belief that plain dress, food, and manners were signs of virtue in the young republic-William Henry Harrison defeated Martin Van Buren by aligning the incumbent with the European luxuries of pate de foie gras and soupe a la reine while maintaining that he survived on "raw beef without salt." The effectiveness of such claims reflected not only the continuing appeal of the frontier and the relatively primitive nature of American cooking, but also a rhetorical struggle to define how eating habits and culinary practices fit into ideas of the American character. From this crucial mid-century debate, the book's argument reaches back to examine the formation of the myth of republican simplicity in revolutionary America and forward to the popularization of cosmopolitan sophistication during the Gilded Age. Drawing heavily on cookbooks, domestic manuals, travel writing, and the popular press, this historical framework structures a discussion of ways novelists use food to locate characters within their fictional worlds, evoking or contesting deeply held social beliefs about gender, class, and race. In addition to mid-century novelists like Hawthorne, Melville, Stowe, and Warner, the book examines popular and canonical novels by writers as diverse as Lydia Maria Child, James Fenimore Cooper, Susanna Rowson, Catharine Sedgwick, Mark Twain, Edith Wharton, and Harriet Wilson. Some of these authors also wrote domestic manuals and cookbooks. In addition, McWilliams draws on a wide range of such work by William Alcott, Catharine Beecher, Eliza Leslie, Fannie Merrit Farmer, Maria Parloa, and others.