- The Migration of African Soccer Players across the Portuguese Colonial Empire, 1949-1975 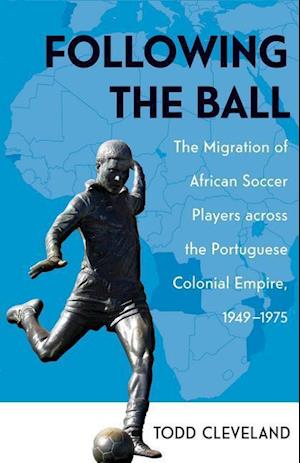 With Following the Ball, Todd Cleveland incorporates labor, sport, diasporic, and imperial history to examine the extraordinary experiences of African football players from Portugal's African colonies as they relocated to the metropole from 1949 until the conclusion of the colonial era in 1975. The backdrop was Portugal's increasingly embattled Estado Novo regime, and its attendant use of the players as propaganda to communicate the supposed unity of the metropole and the colonies.Cleveland zeroes in on the ways that players, such as the great Eusebio, creatively exploited opportunities generated by shifts in the political and occupational landscapes in the waning decades of Portugal's empire. Drawing on interviews with the players themselves, he shows how they often assumed roles as social and cultural intermediaries and counters reductive histories that have depicted footballers as mere colonial pawns.To reconstruct these players' transnational histories, the narrative traces their lives from the informal soccer spaces in colonial Africa to the manicured pitches of Europe, while simultaneously focusing on their off-the-field challenges and successes. By examining this multi-continental space in a single analytical field, the book unearths structural and experiential consistencies and contrasts, and illuminates the components and processes of empire.