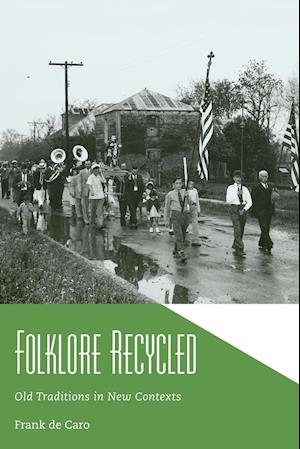 Folklore Recycled: Old Traditions in New Contexts starts from the proposition that folklore--usually thought of in its historical social context as "oral tradition"--is easily appropriated and recycled into other contexts. That is, writers may use folklore in their fiction or poetry, taking plots, as an example, from a folktale. Visual artists may concentrate on depicting folk figures or events, like a ritual or a ceremony. Tourism officials may promote a place through advertising its traditional ways. Folklore may play a role in intellectual conceptualizations, as when nationalists use folklore to promote symbolic unity. Folklore Recycled discusses the larger issue of folklore being recycled into nonfolk contexts and proceeds to look at a number of instances of repurposing. Colson Whitehead's novel John Henry Days is a literary text that recycles folklore but does so in a manner that examines a number of other uses of the American folk figure John Henry. The nineteenth-century members of the Louisiana branch of the American Folklore Society and the author Lyle Saxon in the twentieth century used African American folklore to establish personal connections to the world of the southern plantation and buttress their own social status. The writer Lafcadio Hearn wrote about folklore to strengthen his insider credentials wherever he lived. Photographers in Louisiana leaned on folklife to solidify local identity and to promote government programs and industry. Promoters of "unorthodox" theories about history have used folklore as historical document. Americans in Mexico took an interest in folklore for acculturation, for tourism promotion, for interior decoration, and for political ends. All of the examples throughout the book demonstrate the durability and continued relevance of folklore in every context it appears.