indgår i serie Fly Me to the Moon 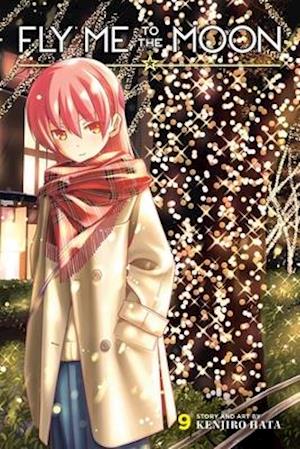 First comes marriage, then comes an earthbound love that is out of this world!From the day his parents named him, Nasa Yuzaki has felt connected to outer space...whether he likes it or not. His efforts to outperform the space program veer off course when an accident introduces him to Tsukasa, a mysterious girl with strange powers. Is she an alien, a moon goddess or something else? Since she insists on marrying him, Nasa will have plenty of chances to find out!As the summer heats up, Nasa looks forward to the pleasures of the season: festivals, fireworks, and seeing his wife in a yukata. He'd also like to make some progress on his ongoing mission to see her naked, but the two can't manage a simple trip to the bath without being interrupted by wacky hijinks. Is this volume chock-full of romance manga cliches? Sure, but Nasa's no fool. He's been prepping by reading shojo manga.

Forfattere
Bibliotekernes beskrivelse First comes marriage, then comes an earthbound love that is out of this world!