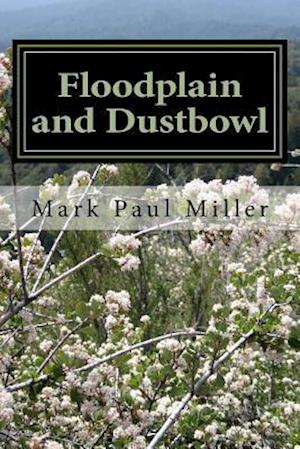 Eddie and his two friends from Ely High School journey throughout Nevada's Great Basin sagebrush sea to find the people responsible for trying to scare his uncle into selling his land. Eddie's dreams show the future and warn him of what the plans of those chasing him and threatening his uncle are. Some reptilian extraterrestrials appear to be sending Eddie the prophetic dreams and say they are interested in sending him on a mission to save the aquifers. With the help of some new friends both human and of other species they work together to protect the aquifers from a powerful and ruthless political gang whose only god is greed. How can Eddie and his friends stand against such a powerful force without harming themselves too much in the process? Their journey takes them from the sage deserts of Ely through caverns, tunnels and into Area 51 to find the source of the Grey's telepathic control. They end up in Las Vegas for a final confrontation with the gangsters of greed. Any fictional character resemblances in Mark Paul Miller's "Floodplain and Dustbowl" to real life persons and/or corporations is purely coincidental. If any real life person thinks that characters in this book is them Mark insists that it is only their imagination. This book is a work of fiction for entertainment purposes only and not a suggestion for any real life actions, vandalisms or other stunts. Author Mark Paul Miller assumes no responsibility for any damages, injuries or deaths that occur if readers try to duplicate the book's fictional character stunts in reality. Content includes some R-rated sexual themes and a great deal of blood and guts. Not intended for readers with sensitive stomachs. Author assumes no responsibility for carpet damage should unexpected vomiting occur. Though there is some ethical moral code visible throughout the book once the excess blood washes off. Mark thanks horror and sci-fi authors Stephen King, Piers Anthony and Clive Barker for their inspiration to creative writing. If this book "Floodplain and Dustbowl" seems sort of like "The Stand" by Stephen King it is because of his book being read by Mark as a teenager and it remaining a powerful influence. Hope it's not too much copycat style, there are several similarities to "The Stand" with prophetic dreams. Mark wishes to dedicate his first book "Floodplain and Dustbowl" to his mother Helen and father Paul without whom he would not be here today. They taught him much practical knowledge and inspired him to write and express his creativity since he was young. Their love and devotion to Mark enabled this book to be written.