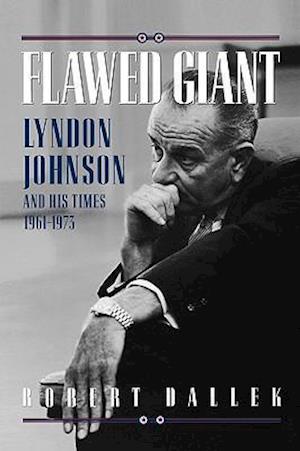 Lone Star Rising, the first volume in Robert Dallek's biography of LBJ, was hailed as "a triumphant portrait of Lyndon Johnson as rich and oversized and complex as the nation that shaped him." Now, in the final volume, Dallek takes us through Johnson's tumultuous years in the White House, his unprecedented accomplishments there, and the tragic war that would be his downfall. In these pages Johnson emerges as a character of almost Shakespearean dimensions, a man riddled with contradictions, a man of towering intensity and anguished insecurity, of grandiose ambition and grave self-doubt, a man who was brilliant, crude, intimidating, compassionate, overbearing, driven: "A tornado in pants." Drawing on hundreds of newly released tapes and extensive interviews with those closest to LBJ-including fresh insights from Ladybird and his press secretary BillMoyers-Dallek takes us behind the scenes to give us a portrait of Johnson that is at once even-handed and completely engrossing. We see Johnson as the visionary leader who worked his will on Congress like no president before or since, enacting a range of crucial legislation, from Medicare, environmentalprotection, and the establishment of the National Endowment of the Arts and Humanities to the most significant advances in civil rights for black Americans ever achieved. And we see for the first time the depth of Johnson's private anguish as he became increasingly ensnared in Vietnam, a war he did not want to expand and which destroyed his hopes for The Great Society and a second term. Exhaustively researched and gracefully written, Flawed Giant reveals both the greatness and the tangled complexities of one of the most extravagant characters ever to step onto the presidential stage.