- The Battles Between American and Japanese Aircraft Carriers 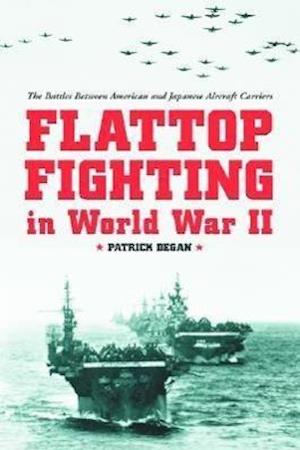 World War II's naval battles between the United States and Japan have been the subject of many books, popular movies, and documentaries, but the very important story of the fighting between United States and Japanese aircraft carriers is often lost in broader discussions of the Pacific naval war. This work concentrates exclusively on the fighting between the American and Japanese aircraft carriers, examining how strategies were planned and carried out on both sides. Presented are the stories of the USS Hornet, which launched the B-25s of James Doolittle's daring raid of Tokyo in 1942; the USS Yorktown, which suffered fierce attacks during the Battle of Midway; the USS Lexington, which refueled and rearmed Hellcats during the Great Marianas Turkey Shoot; the USS Enterprise, the leader of a motley assortment of cruisers and destroyers left to hold a very precarious line in the campaign for Guadalcanal; and the Japanese battleship Yamato, sacrificed for a suicide mission against 900 aircraft bombers.