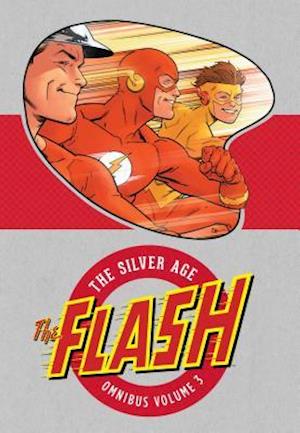 Well and truly established in Central City, the Flash patrols the streets at speeds faster than the human eye can see. He protects the citizens from the super-villains Abra Kadabra, Captain Cold, Mirror Master, the Pied Piper, Heat Wave, Trickster, Weather Wizard, Captain Boomerang, the Shade and the Breakaway Bandit. Also included in this collection: the first appearance of the Reverse-Flash, Eobard Thawne, and the first appearance of Kid Flash's unique costume. In this collection, Professor Zoom changes places and identities with the Flash on the eve of Barry Allen's wedding to Iris West. Just when the Flash thinks eveything is back to normal, he sprains his ankle badly during a rescue attempt and is placed on crutches, after which he encounters Captain Cold and Heat Wave. Will the Flash be able to mend in time to save the city? Find out in THE FLASH: THE SILVER AGE OMNIBUS VOL 3. Collects THE FLASH #164-#199.

Forfattere
Bibliotekernes beskrivelse DC collects the earliest stories of the modern Flash from the 1960s for the first time in hardcover format.