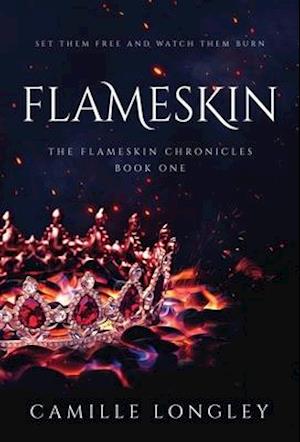 A dangerous slave, a dethroned prince, and a heartless thief.

Enslaved as a child, Lark doesn't know where she came from or the origin of her terrible powers. When a smuggling job goes wrong and she's abandoned by her captor, Lark is given a chance to free herself. But that liberation comes at a great cost.

Soren Bruun may have lost his crown, but he will never stop fighting to protect his kingdom. When enemies invade and the usurper empress strips his family of power, Soren is left with a besieged city to save and his honor to salvage.

Maku has returned from a long journey overseas to rescue the girl he loves, or at least, the girl he used to love. Maku is extinguished-fire has burned away all his emotions. He has one last heist to pull off, but it's a job that may endanger the one person he's trying to protect.

Their twisted fates will fan the flames of war. Cities will burn. Kingdoms will fall. Fire will reign.