indgår i serie Studies in Fiscal Federalism and State-Local Finance 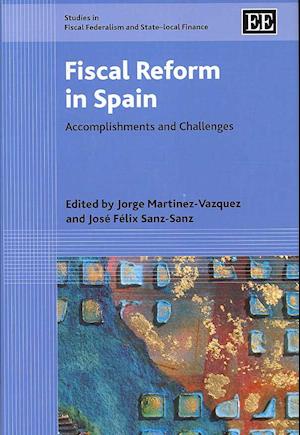 This book provides an insightful and in-depth analysis of the fiscal reform process experienced in Spain over the last 30 years.The authors initially focus on the political economy of tax reform in Spain, and the fact that political and economic bodies were able to form alliances at key junctures during the process in order to push reforms forward. A comprehensive analysis of the main instruments of the Spanish tax system, including the introduction of VAT upon Spain's accession to the European Common Market, is presented. The rapid fiscal decentralisation process that led Spain from being one of the most centralised countries in the world to being one of the least centralised is also discussed, as is the modernisation of the Spanish tax administration system.Written by a select group of scholars with deep knowledge of the Spanish fiscal system, this book will be of great interest to students, tax policymakers and researchers all over the world and especially in Latin America.