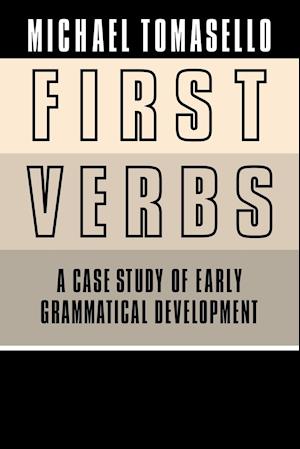 During the second year of his daughter's life, Michael Tomasello kept a detailed diary of her language, creating a rich database. He made a careful study of how she acquired her first verbs and analysed the role that verbs played in her early grammatical development. Using a Cognitive Linguistics framework, the author argues persuasively that the child's earliest grammatical organization is verb-specific (the Verb Island hypothesis). He argues further that early language is acquired by means of very general cognitive and social-cognitive processes, especially event structures and cultural learning. The richness of the database and the analytical tools used make First Verbs a particularly useful and important book for developmental psychologists, linguists, language development researchers and speech pathologists.