- A Dramatic Personal Account of Life Inside the SBS 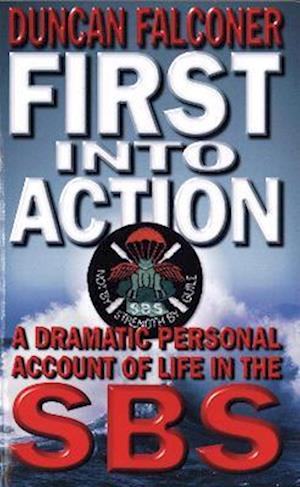 The SBS was first into battle a month before the SAS in the Falklands War and again in the Gulf War, yet hitherto it is the SAS that has had by far the higher profile. The SBS draws its manpower solely from the Marine Commando Units, and the Royal Marines are the oldest and most battle-honoured regiment in the world. FIRST INTO ACTION is the first Special Boat Services memoir written from the inside. It tells how Duncan Falconer trained with the Royal Marines in Deal before being recruited into the SBS at Poole in Dorset. The regimen of ruthless training is graphically described and the book also includes revelatory accounts of SBS operations in Ulster, Bosnia and the Gulf War, and of the intense rivalry between the SAS's individualist mentality and the more team-based, marine ethos of the SBS. Duncan Falconer's grippingly detailed memoir is sure to command the attention of anyone interested in the Special Forces and how they operate.

Forfattere
Bibliotekernes beskrivelse * Compulsive insider's account of life within the units who often prepare the ground for the SAS - the Special Boat Services, the SBS.* The SBS follow the same basic training as the SAS and then do it again - under water!