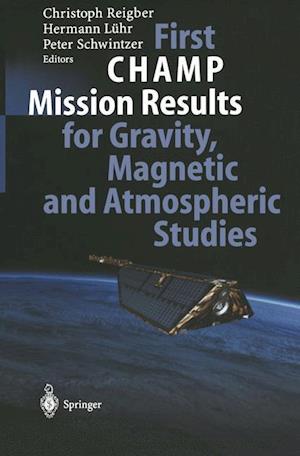 In 1995, the German Space Agency DARA selected the CHAllenging Minisatellite Payload (CHAMP) mission for development under a special support programme for the space industry in the new states of the unified Germany, with the Principal Investigator and his home institution GFZ Potsdam being ultimately responsible for the success of all mission phases. After three years of spacecraft manufactur ing and testing, the satellite was injected successfully into its final, near circular, almost polar and low altitude (450 km) orbit from the cosmodrome Plesetsk in Russia on July 15, 2000. After a nine month commissioning period during which all spacecraft systems and instruments were checked, calibrated and validated, the satellite has been delivering an almost uninterrupted flow of science data since May 2001. Since this date, all science data have been made available to the more than 150 selected co-investigator teams around the globe through an international Announcement of Opportunity. The scientific goals of the CHAMP mission are to gain a better understanding of dynamic processes taking place in the Earth's interior and in the space near Earth. These goals can be achieved by improved observation of the Earth's gravity and magnetic fields and their time variability with high-performance on-board instru mentation and by exploring the structure of the Earth's atmosphere and ionosphere through radio occultation measurements.