- A fast-paced mystery full of hilarious catastrophes and romance 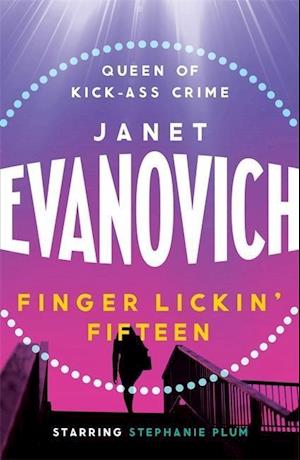 Stephanie's out of the frying pan and into the firing line...Finger Lickin' Fifteen is the spiciest, sauciest, most rib-sticking Stephanie Plum adventure yet. Janet Evanovich's hilarious fifteenth novel in the series is not to be missed by fans of Harlan Coben and Sue Grafton.Praise for Evanovich: 'Sharp dialogue, a little slapstick and a little romance' (The Sunday Times); 'Utterly delightful' (Cosmopolitan); 'Romantic and gripping' (Good Housekeeping). Stephanie Plum's tempting mentor Ranger has come to her for help. Someone is trying to destroy his security company from the inside, and he wants her to investigate.On top of that, Stephanie's colleague has just seen two men decapitate a celebrity chef and the unexpected repercussions are more than Stephanie can stomach. But with a million-dollar reward offered for the killers, she may soon be biting off more than she can chew.What readers are saying about Finger Lickin' Fifteen:'Evanovich has surpassed herself with this head spinning delight''The writing is hilarious and I can't help but laugh out loud at some of the situations Stephanie Plum and her friends get themselves into''Another fun romp with Stephanie Plum'