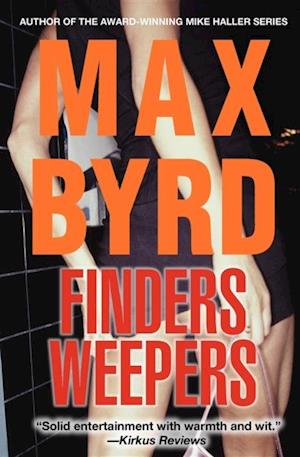 From bestselling author Max Byrd comes the exciting re-release of this captivating suspense novel, featuring the well-loved P.I. Mike Haller who is on the case again, this time helping an alluring hooker stay alive so she can inherit her fortune.Private investigator Mike Haller has been hired to find Muriel Contreras, a hooker who's inherited nearly $1,000,000. But just when he's approaching an answer to her whereabouts, he discovers he's been sabotagedand his P.I. license is suspended. Haller sets out on his own to find out who is trying to stop him, but the chase quickly turns deadly when his colleaguewho assigned Haller to the caseis brutally murdered. Praised by PW as ';fast-moving, authoritative, [and] richly satisfying,' Finders Weepers finds Haller entangled in a dangerous game with a murderer who won't stop at anything to get to Muriel.