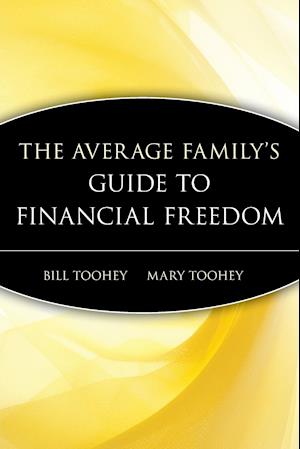 Bill and Mary Toohey are average middle income people from a small Iowa town. Bill has been employed for 23 years as a Vocational Rehabilitation Counselor and Mary has worked for 20 years as an Office Manager for a small psychological firm. They started saving and investing in 1991 when their net worth was $63,000. Eight years later their net worth was $467,000. In other words, their assets increased by an average of more than $50,000 per year during that period while their income (not counting dividends and capital gains) averaged about $65,000 per year. But it wasn't always easy. They have three children, Colleen (24), Tim (22), and Meghann (14). Tim has been severely disabled since birth and despite the challenges of helping Tim cope with his chronic illnesses, the Toohey family has been able to achieve financial freedom on a modest income. They were able to build a sizable nest egg in eight years while encountering some of life's biggest expenses during the period. They helped to pay for their daughter's college education and wedding, paid cash for a new car, and made several expensive home improvements.Despite those major expenses the Tooheys still managed to save 46% of their gross income and were listed among the "Best Personal Finance Managers in America" in the December 1994 issues of Money magazine. The Tooheys' story, in an article written by Bill, appeared in the April 1997 issue of Money magazine. Mary co-authored an article published in the February 1998 issue of McCall's magazine. In May, 1997 Bill was invited to speak at Money magazine's Elgin Project seminar series. Money magazine "adopted" Elgin, Illinois and brought in speakers with expertise in personal finance. Former President Bush kicked off the event. How did they do it? How do they think? How do they live? Is it possible to save so much and still have a decent life? Can my family do this? Get the answers to all these questions and more in a book written specifically for families with children who don't earn big bucks.