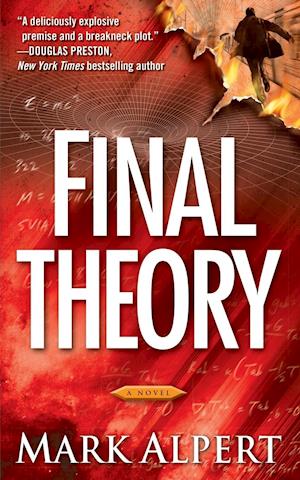 A science professor on the run must find a lost Einstein theory--and keep it from those who might use it to destroy the universe. Don't miss the "riveting" (Publishers Weekly) doomsday thriller that Booklist calls "a strikingly sweet-natured yet satisfyingly barbed high-tech, high-stakes adventure" in a starred review. David Swift is called to the hospital to comfort his dying mentor--a renowned scientist who's been brutally tortured. David is shocked when the old man dies after wheezing "Einheitlichen Feldtheorie." The Theory of Everything. It was Albert Einstein's lifetime quest to pin down a unified set of equations that incorporated both relativity and quantum mechanics, combining the physics of stars with the laws of atoms. But Einstein never achieved this goal. Or did he? In the next two hours, David's attacked by a Russian assassin, arrested by the FBI, and nearly killed three times. Someone is clearly trying to get their hands on the supposedly failed theory. But why? As David runs for his life, he'll team up with his old girlfriend (who happens to be gorgeous, brilliant, and living in Einstein's old Princeton house), another eccentric disciple of Einstein, and an autistic teenager addicted to video games, in order to work out what Einstein's theories could possibly be worth to the powers desperate for it--and if the world is even ready for their consequences.