- Journalism, Social Media and the Democratization of Opinion 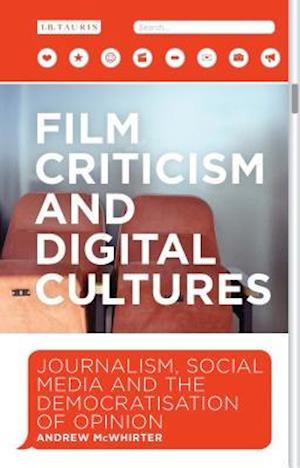 'The critic is dead.' 'Everyone's a critic.' These statements reflect some of the perceptions of film criticism in a time when an opinion can be published in seconds, yet reach an audience of millions. This book examines the reality of contemporary film criticism, by talking to leading practitioners in the UK and North America - such as Nick James, Mark Cousins, Jonathan Rosenbaum and Richard Porton - and by covering a broad spectrum of influential publications - including Sight & Sound, The Guardian, Cineaste, indieWIRE and Variety. Forming a major new contribution to an emerging field of study, these enquiries survey the impact of larger cultural, economic and technological processes facing society, media and journalism. Historical perspectives on criticism from ancient times and current debates in journalism and digital media are used to unravel questions, such as: what is the relationship between crisis and criticism? In what way does the web change the functions and habits of practitioners? What influences do film industries have on the critical act? And how engaged are practitioners with converged and creative film criticism such as the video essay?In the face of transformative digital idealism, empirical findings here redress the balance and argue the case for evolution rather than revolution taking place within film criticism.